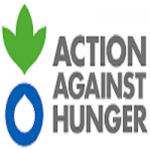 Action Against Hunger has been working in Liberia since 1991 with the purpose to respond to the needs of
the most vulnerable people, at first during the emergencies and then in a more development setting, until
the 2014 Ebola outbreak and the emergency it generated in the country. Action Against Hunger
interventions in Liberia aim at improving the nutrition security of the population, with particular focus on
children under-five and pregnant and lactating women. AAH aims at doing so by implementing multisectorial programs, which encompass direct nutrition intervention and prevention activities to address the
underlining causes of undernutrition, i.e. poor health, food insecurity, poor care practices, and poor access
to water and sanitation. AAH has also an integrated advocacy strategy in the mission that cut across all the
sectors. Action Against Hunger work with scaling up nutrition (SUN) movement in Liberia aim to provide
enabling policy environment and investment in nutrition. Action Against hunger is recruiting an advocacy
officer that will closely work with SUNCSAL in Liberia on initial short term period of 4 months with
possibility of extension depending funding

Action Against Hunger is an international network (Paris, New York, London, Toronto, Madrid and New Delhi) committed to ending world hunger. For almost 40 years, across nearly 50 countries, we have been working to fight undernutrition and support communities affected by crisis across the globe. In 2017, we reached more than 20 million people worldwide. We carry out innovative, lifesaving and development programs in nutrition and health (including mental health), WASH, disaster risk reduction and management, food security and livelihood, and advocacy